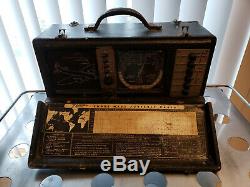 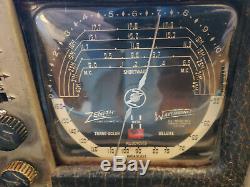 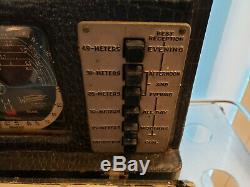 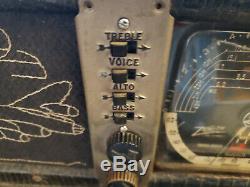 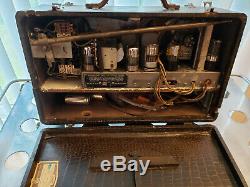 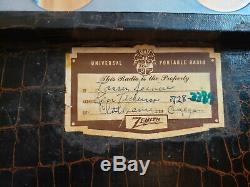 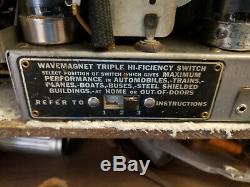 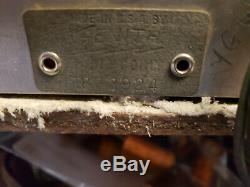 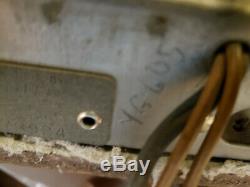 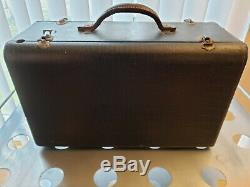 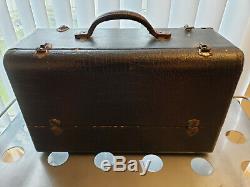 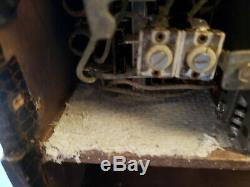 Requesting he take on THIS was a little like asking a Lamborghini mechanic to restore a 48 Tucker. So I brought him a Sansui AU-7500 to tear into, and will let one of you Old Radio Guys put the finishing touches on The Bomber.

What you see is exactly what youre going to get. No, its not working, but after all the time and parts Josh has put in on itits probably close.

The Zenith TransOceanic was the brainchild of Commander Eugene F. McDonald, the head of Zenith and a dedicated traveler and yachtsman.

Frustrated that ordinary Zenith sets didn't perform well in remote areas, he ordered his engineers to develop a new portable that could receive shortwave broadcasts anywhere in the world. The Model 7G605's history is intimately connected with World War II. It began manufacturing around October, 1941 and went on sale to the public in January, 1942. That was just in time to supply a few lucky World War II soldiers with a rugged portable that they and their buddies could use anywhere in the world. TransOceanic ads from these years feature testimonials from grateful owners, describing how their faithful sets survived dunking, falling from jeeps, extreme climactic conditions and other misadventures in faraway lands, all the the while providing welcome news and entertainment from home.

The last Clipper was built in April, 1942, when the US government shut down all domestic radio manufacturing to provide for military needs. Zenith took advantage of the wartime experience to cloak the TransOceanic with an aura of glamor that remains to this day. For its time, the original TransOceanic was indeed a high-performance set, built to high standards. And Zenith maintained those standards for the TransOceanic line over a period of decades. Like its cheaper "companion" set, the 6G601M Universal, the Clipper has a cabinet that's basically a little suitcase, with detachable front cover and hinged back.

Most Clippers feature the bomber grille pattern shown here. A few sets in the first production run used the same sailboat design as the 6G601M, but the sailboat was soon replaced by the bomber by order of the patriotic Commander McDonald. For the 1940s, this set is quite user-friendly, with simple controls and integrated instructional material.

To the far right are the six band switches, each marked to indicate the best time of day for reception on its band. Further operating instructions appear on a card permanently mounted inside the front cover.

The round power/volume and tuning knobs feature a distinctive "lightning Z" Zenith logo. Above them is the Radiorgan, a group of four tone switches marked Treble, Voice, Alto, and Bass. The dramatic gold and black tuning dial features a delicate pointer that repeats the lightning Z emblem. The item "1941 Zenith WW2 Trans-Oceanic Clipper/Bomber NEARLY-COMPLETE WORK IN PROGRESS" is in sale since Wednesday, January 15, 2020. This item is in the category "Collectibles\Radio, Phonograph, TV, Phone\Radios\Transistor Radios". The seller is "marpentrac_0" and is located in Gresham, Oregon.