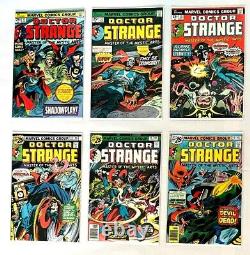 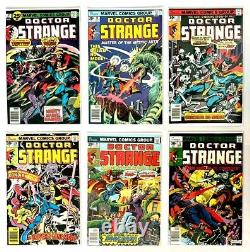 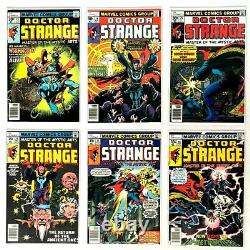 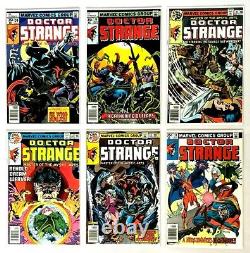 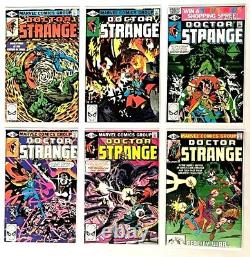 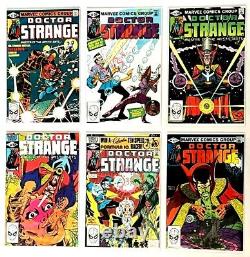 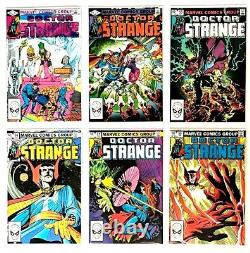 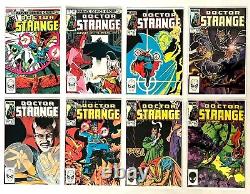 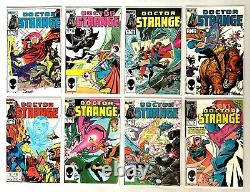 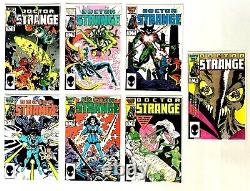 This lot contains #11-81, only missing #1-10. 71 comic lot starting from #11 all the way to #81. Many keys, 1st Appearances, and More. All the unique characteristics of these issues are listed below. Issue #11: 1st Appearance of Red Death. Issue #13: 1st Appearance of One-Above-All (All Powerful Leader of The Celestials). Issue #14: Doctor Strange Battles Dracula.

Issue #81: 1st Full Appearance of Rintrah. All pictures are of the actual comics, please review carefully. All comics are in amazing condition for their age.

Below are the comics that have any other issues than just a few minor spine ticks or edge wear. ALL of these comics are in FN/NM and most are in VF/NM. NONE of these issues have been pressed or cleaned so current condition can only be increased. Issue #14: Front Cover Print is slightly off center. Issue #19: Bottom inch of comic is bent toward the front.

Not a hard bend line, more of a roll. Issue #23: Edge wear is slightly more significant.

This item is in the category "Collectibles\Comic Books & Memorabilia\Comics\Comics & Graphic Novels". The seller is "jafles27" and is located in this country: US. This item can be shipped to United States.