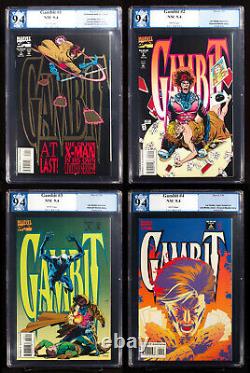 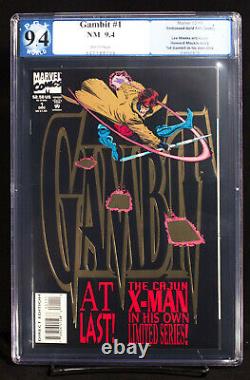 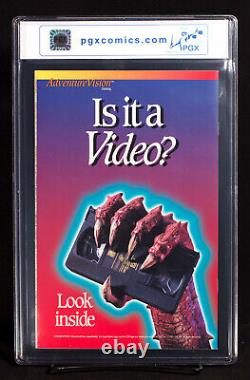 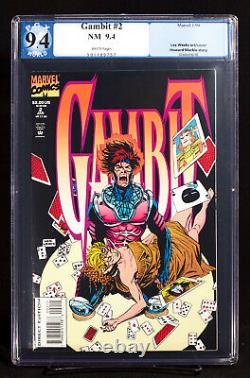 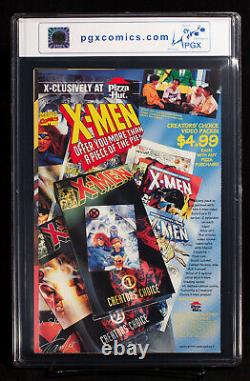 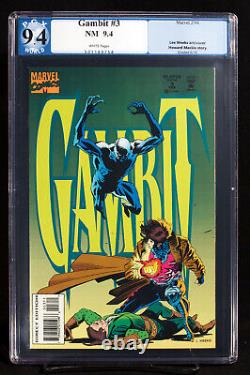 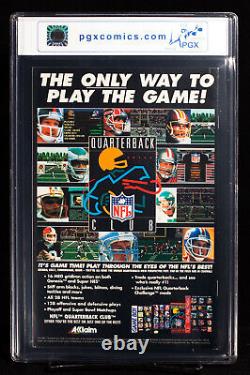 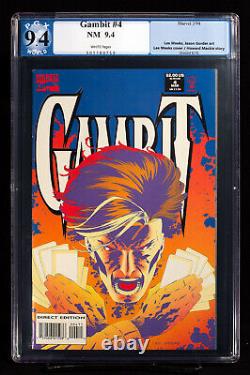 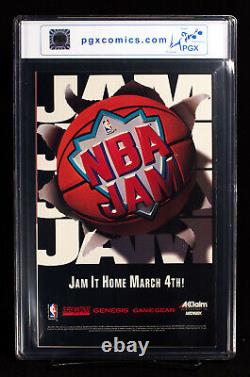 Gambit Limited Series #1-4 (December 1993 - March 1994) Gambit #1. Black cover with gold embossed logo, art by Lee Weeks. Tithing, script by Howard Mackie, pencils by Lee Weeks, inks by Klaus Janson; Henri LeBeau sneaks into X-Mansion and tells his young step-brother, Gambit, that the time of the tithing has come and he is needed in New Orleans as the Assassins Guild is trying to break the old pacts; As they are speaking, Henri is cut down by an assassins arrow; Gambit gives chase and discovers that the killer is Julien, the "dead" brother of his wife; Learning that Bella Donna is also alive she was "killed" in X-Men (Marvel, 1991 series) #8 Gambit and Rogue prepare to leave for New Orleans. The Benefactress, script by Howard Mackie, pencils by Lee Weeks, inks by Klaus Janson; Gambit arrives in Paris and gains an audience with Candra, benefactress of the Thieves Guild and a woman with whom Gambit has a little personal history; She agrees to provide him with a vial of the Elixir of Life for Bella Donna but only if Remy is willing to kill his own father; Their negotiations are interrupted by Julien and his rogue assassins who are looking to gain the serum for themselves; Gambit saves Candra from Julien and the assassins are driven off; Gambit receives a kiss for his heroism and leaves with his father but Candra quickly discovers that he stole the elixir off of her person during their moment of intimacy; Candra tells the Tithe Collector to return to New Orleans and command both the Thieves and Assassins Guilds to kill Gambit as a traitor; Rogue accidentally touches Bella Donna and witnesses her love affair with Gambit through her memories.

Thief of Time, script by Howard Mackie, pencils by Lee Weeks and Jason Gorder (art assist), inks by Klaus Janson; Gambit has gained the Elixir of Life for his comatose wife but has to battle through the combined forces of the Thieves and Assassins Guilds to get to her; Just as he is about to administer the potion, Bella Donna's own brother, Julien, attacks and shatters the vial; Candra arrives and promises to restore the pact and the powers that go along with it if Gambit is killed but both Guilds forsake her gifts and turn from the old ways; With the Guilds finally at peace, Gambit's father commands that he help preserve it by leaving New Orleans for good; A few drops of the Elixir of Life have been absorbed into a blanket and Gambit drips them into Bella Donna's mouth in hopes she will be restored; His wife wakes up but without her memories; Driving Rogue off with his forceful advances, Gambit is left to walk the streets of New Orleans, alone. Gambit #1-4 all graded 9.4 Near Mint by PGX #501189756-9. This item is in the category "Collectibles\Comic Books & Memorabilia\Comics\Comics & Graphic Novels". The seller is "mattestarr" and is located in this country: US. This item can be shipped to United States, Canada, United Kingdom, Denmark, Romania, Slovakia, Bulgaria, Czech Republic, Finland, Hungary, Latvia, Lithuania, Malta, Estonia, Australia, Greece, Portugal, Cyprus, Slovenia, Japan, China, Sweden, Korea, South, Indonesia, Taiwan, South Africa, Thailand, Belgium, France, Hong Kong, Ireland, Netherlands, Poland, Spain, Italy, Germany, Austria, Bahamas, Israel, Mexico, New Zealand, Philippines, Singapore, Switzerland, Norway, Saudi Arabia, United Arab Emirates, Qatar, Kuwait, Bahrain, Croatia, Republic of, Malaysia, Brazil, Chile, Colombia, Costa Rica, Panama, Trinidad and Tobago, Guatemala, Honduras, Jamaica, Antigua and Barbuda, Aruba, Belize, Dominica, Grenada, Saint Kitts-Nevis, Saint Lucia, Montserrat, Turks and Caicos Islands, Barbados, Bangladesh, Bermuda, Brunei Darussalam, Bolivia, Ecuador, Egypt, French Guiana, Guernsey, Gibraltar, Guadeloupe, Iceland, Jersey, Jordan, Cambodia, Cayman Islands, Liechtenstein, Sri Lanka, Luxembourg, Monaco, Macau, Martinique, Maldives, Nicaragua, Oman, Peru, Pakistan, Paraguay, Reunion, Vietnam, Uruguay.